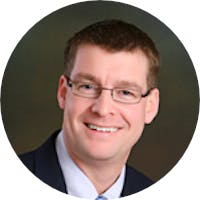 Wayne, his wife Rebecca, and their two children, Ryan and Rachel, have lived in the Dover area since 2000.